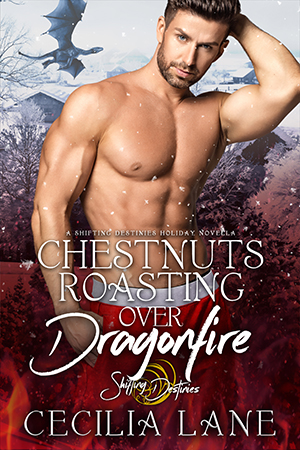 A dragon with a frozen heart. A woman needing to mend her own. Together, can they overcome the threat clawing at their happy ending?

After an unexpected heartbreak, Izzy Howell is left dangling like a misplaced ornament. Not wanting to spend the holidays alone, she's lured into a visit to her aunt's inn in Bearden, Montana. When an overbooking disaster sees the hottest dragon shifter under the sun walking into her suite, Izzy is ready to pack it in and go home. Except her inner cougar is digging in her claws and sniffing up the dragon's tree.

Dragon shifter Zane Darkwood works hard, then works harder. As a bounty hunter, no target gets very far, and no distraction gets in the way. Which is why when his latest eludes him and he's told—ordered—to take time off, he's ready to breathe fire and melt every single snowman in the little shifter town of Bearden. Bah humbug.

When the curvaceous cougar shifter captures his target on camera, Zane's plans to fly out of town are upended. He throws himself into the wintery celebrations with an eye on the prize, using Izzy as his cover. But between the hot cocoa, sleigh rides, and sneaky mistletoe mishaps, Zane finds himself questioning his priorities. The sassy, feisty, gorgeous woman teases his dragon and tempts him to bare his soul.

After Izzy finds out what really draws Zane's attention, her bruised heart is fully shattered. Despite her cougar's insistence that Zane is her fated mate, she pulls back before his grouchy spirit can do more than freeze her out. Danger isn't done with them, for while Izzy has been distracting him, a deadly criminal has been hunting them both.

Chase the bounty or chase his mate… Zane will need a Christmas miracle to claim them both.

Chestnuts Roasting Over Dragonfire is for readers who love the redemption of a grumpy hero, a snarky heroine, and a bit of winter magic. Download now for a hot-as-dragonfire holiday romance! 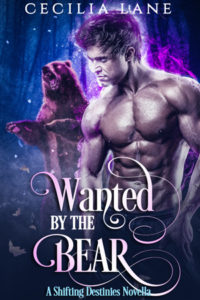 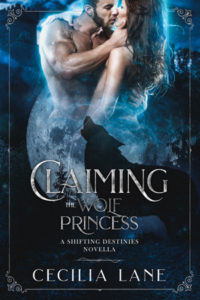