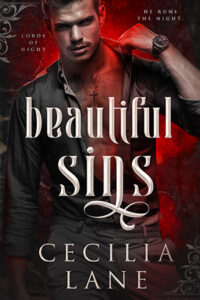 She's not desperate enough to offer up a vein... yet.

Gemma's doing her best to eke out a life on the fringes of a society torn apart by the vampire-fae war. Between odd jobs and couch surfing, she's surviving. Barely. But when one of those odd jobs ends with her witnessing a murder, she's thrust straight into a world she'd do anything to avoid.

And right into the path of a vampire who's equal parts sex and danger, and leaves her breathless with desire.

The human smells good enough to eat...
Soren has more important things to do that protect a human who tempts his fangs. His predecessor was murdered, vampires are going missing, and a local slayer has a stake with his name on it. While delicious Gemma smells like fae and trouble, her sweet curves and wicked mouth are temptations he can't resist.

With slayers on the loose and vampire politics threatening at every turn, Gemma and Soren will need to work together to solve the mystery of Gemma's birth and uncover who is threatening the vampires of Salem.

But the fae and vampires are ancient enemies and working together might be enough to lead them to their doom. 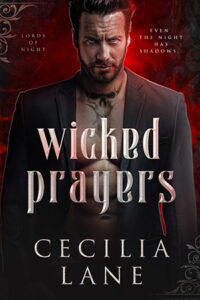 Spymaster. Judge. Executioner. Some vamps can do it all.

There isn't much Poe, the Queen's pet assassin, doesn't have his knives in. That includes investigating the Lord of Salem when he's suspected of harboring a fae halfling. But when Poe gets to town, he meets the enthralling Zora and his priorities shift.

She sings. She enchants. But most of all, she makes him want to spy and seduce at the same time.

No chance of that backfiring.

She's no snitch…
When a dark and mysterious stranger approaches Zora in a bar, she's up for a game of twenty questions… but not if they're about her best friend. But when Poe saves her from an angry slayer she's willing to give him another shot.

Only the slayers are after halflings, and Zora has a surprise in her blood, one that would demand Poe use his knives instead of his sinful touch.

Friends and foes are not who them seem as a growing power threatens to upend the equilibrium of the vampire world. If she and Poe can't stop the slayers in time they'll unleash a power that can't be defeated.

What a perfect time to blood bond a vampire even the shadows fear.

We use cookies to ensure that we give you the best experience on our website. If you continue to use this site we will assume that you are happy with it.Ok