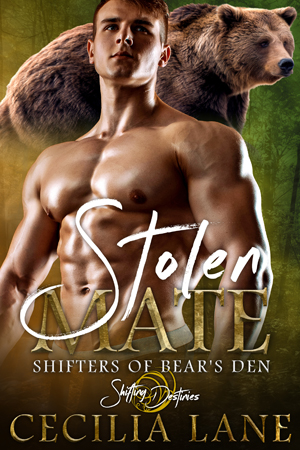 Add his fated mate, a sassy woman who awakens his bear.
Stir in a marriage of convenience, a remote cabin in the woods and let simmer...

Everly Mather's very terrible, no-good day is fixing to get a whole lot worse. To start off, her alpha announces he wants to mate with her, to produce an heir. When she gives him an emphatic nope, her guardians take her for a drive and abandon her on the side of a desolate road.

The long hike home is punishment for her defiance.

Her bad day takes another down turn when a big, hulking bear shifter stops for a friendly game of twenty questions. He seems to think she needs rescuing. He's all kind of mad and snarling on account of her pride dumping her in the middle of nowhere.

He refuses to mind his own business.

And refuses to go away.

When she insists she's just fine without his help, thank you very much, Mr. Growly McBossy tosses her into his truck, and hauls her out to his cabin in the woods. If her jaguar pride cast her aside they don't deserve a fine little thing like her. He announces his plans to keep her.

Yeah, that all goes right out the window the moment he finds the pretty little blonde on the deserted road. Everly's lovely hazel eyes and sweet curves awaken his bear along with a whole lot of protective instincts. She doesn’t want his help?

She's getting it anyway. There's no way he'll leave a vulnerable, albeit sassy, woman out in the middle of nowhere.

Especially when said female is his mate.

Instead of returning her to her people, he carries her off to his cabin. His hospitality doesn't exactly win her over. Even after a few days, circling each other in tight quarters, she's still a tad miffed over the whole deal.

After a little time, she'll come around. He's sure.

But what comes around instead is her pride alpha, spouting all sorts of nonsense about mating with Everly. Not happening. Sawyer's ready to give the big cat shifter a beat down. He's furious that Everly was left behind by her pride members. Also, she belongs to him. There's that too. Just when things are about to get interesting, Everly surprises both men.

Sawyer knows he can protect his woman with a marriage of convenience.

Even if his possessive bear demands to claim his sweet, fiery mate.